A new dawn of the Aviva age is about to begin as German shipyard Abeking & Rasmussen prepares for the launch of its new flagship. The 98-metre Aviva, as displayed by her active AIS signal, is waiting patiently on the banks of the river Weser outside Bremen where she is expected to be launched soon. SYT photographer Tom van Oossanen is at the shipyard where he took the following photos.

The yacht was commissioned by experienced yacht owner, Mr. Joe Lewis, who currently owns the 2007-built Abeking & Rasmussen yacht by the same name. Lewis uses his vessel as a near permanent residence throughout most of the year. In a recent interview with Bond Technology management, Lewis said: “Aviva is more than an office; it is also my home for much of the year. So for me, it is relaxing working from home, wherever Aviva may be in the world.”

The Reymond Langton-designed yacht is the largest completed project to date for both the British design studio and Abeking & Rasmussen. Stay tuned as we bring you the latest developments from Bremen about this exciting project. 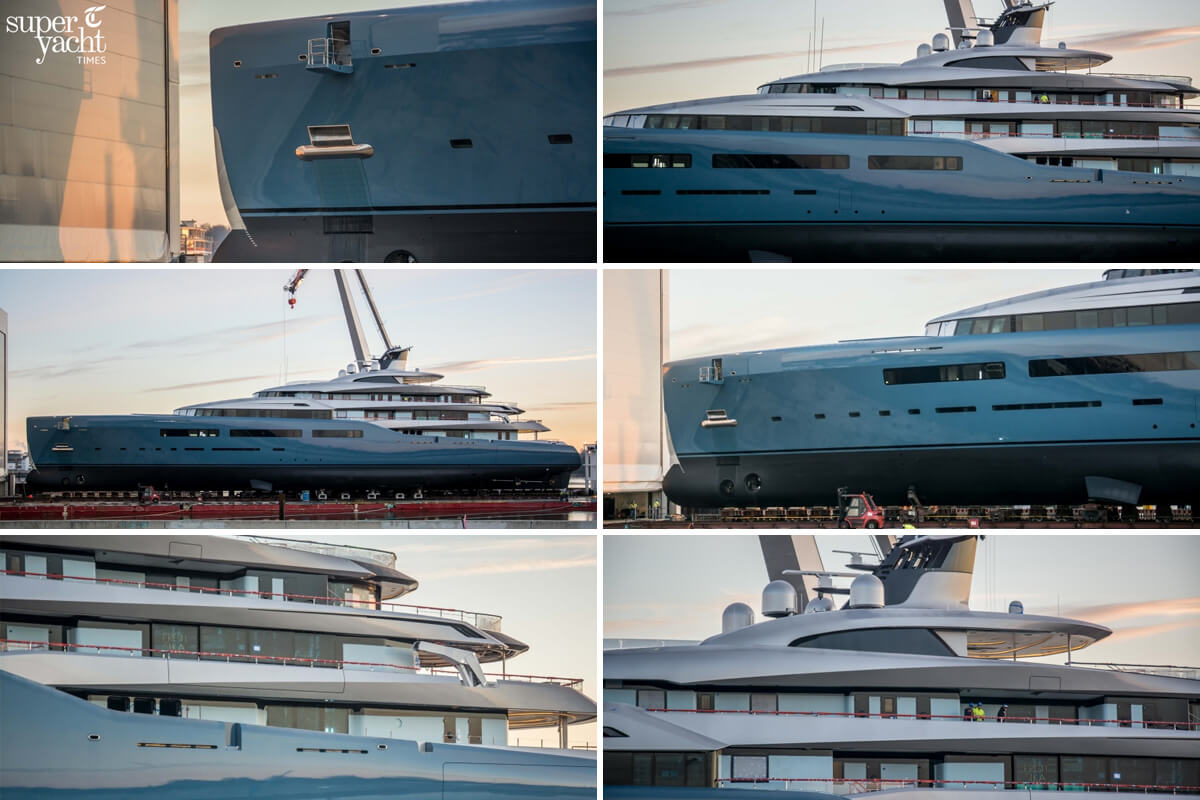 Send us an email

Join us on Linkedin